SHANE WALTENER
I met Shane Waltener at Morley College when I was studding textiles, he was one of my teachers at the time. I have enjoyed since them some of his installations in London. Here is a selection of his work, visit his website – a very nice one by the way – to get a better idea of his workshops, sculptures and installations.
Beautiful Bread: Moribund mural (creeper’s delight) 2006, salt dough. 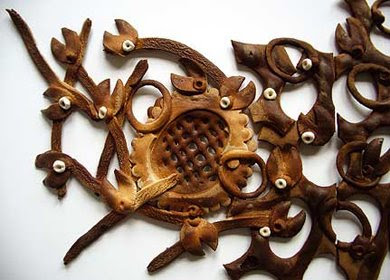 Tagging Tate 2007, Tate Britain, London
A two-day exploration of sugar, slogans and tagging. Participants in these workshops were given an opportunity to debate themes around the 1807–2007 commemoration of the Act abolishing slavery and look at the politically-charged work of Mark Wallinger. To conclude the workshops, the walls of the Duveen galleries and entrance to Tate Britain were tagged using sugar as a medium. 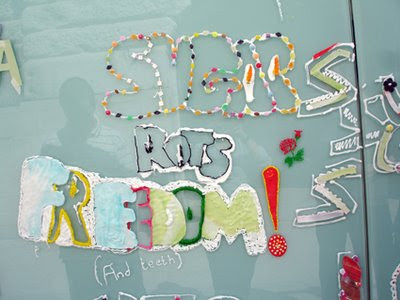 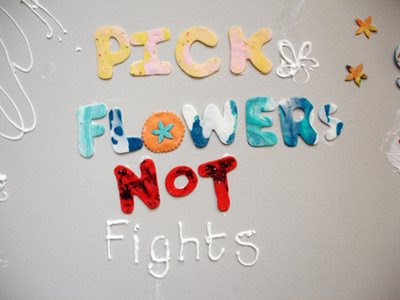 MY STUDIO SPACE | WORK IN PROGRESS